We learned the wrong lesson from Apple

I’m just sitting there watching it going like, wow, they’re not showing the product, we’ve learned the wrong lesson from Apple, because Apple is a consumer products company. You have to get that product in your brain as soon as possible. Salesforce, Postlight, Software as a Service, you sell success to the client.

In ep275 of Postlight’s podcast Paul Ford and Rich Ziade talk about Salesforce for 10 minutes. I must have listened to that 10 minutes three or four times.

On what Salesforce wants to be:

Paul: Salesforce wants to be kind of the operating system for how people do day to day business

On how Salesforce talk about what they do:

Paul: I’m fascinated by how they communicate. Now, when you and I communicate, we talk about what we do. We talk very much about the products we build and the things that we do, we actually get right in there. […] But more and more as we go into the room, people are like, ‘Well, why wouldn’t I just use Salesforce?’

Rich: You’re validating sort of a theory I’ve had about Salesforce, which is, software is very secondary to Salesforce. It is not about the software

Paul: So start with values. Take your time, talking about all the things you do. Go to success. Talk about, take your time, talk about all the people you help. Clap for them, show trailblazers, show success stories of people in your network, because that’s who’s watching. Okay, I’ve communicated my values. Third, at about like the halfway point, like, you know, or like a half hour in. Now I’m going to show you one video about a product

Paul: No, there’s no demo. It’s a promo marketing video from an executive showcasing somebody getting their vaccine in New York City, through a Salesforce managed program.

Rich: you have to appreciate what they over-indexed on to create the value they’ve created, which is people don’t care! People don’t care! They just don’t care, you and I care, because we’re nerds. And we can’t believe there’s still like remnants of jQuery in the thing. But people do not care.

Paul: Salesforce wants everyone to feel good and successful who touches this thing. […] I can tell you objectively that they don’t, but, but nonetheless, I really do think they want it in a way that they want business to be this sort of big, healthy, positive thing.

Currently sort of obsessed with Kevin Lynch’s “sketch maps” of cities from The Image of the City. 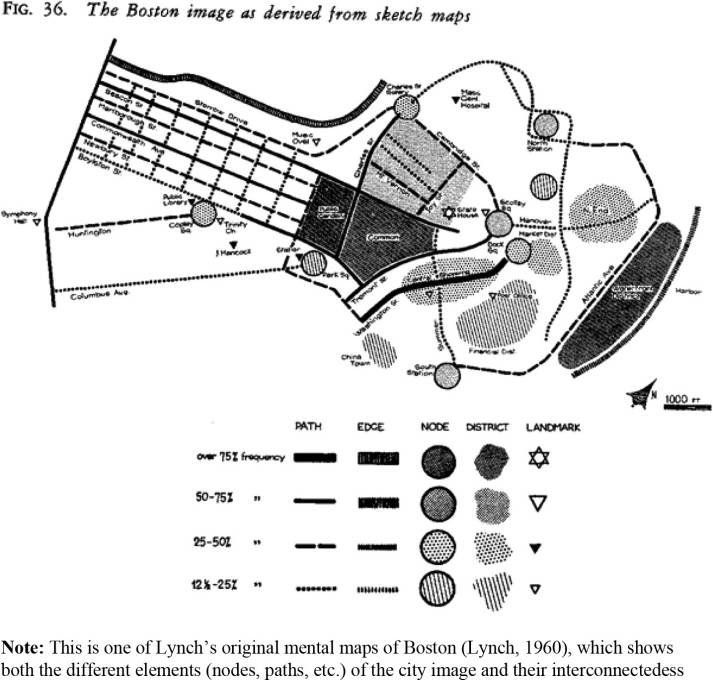 Driven to Write on the Volvo 780

Elon builds things—he uses rational and technical means to bring wild fantasies to reality. His true achievement, though, is just being a fascinating personality who thrives in the contemporary media landscape—a “shitposting meme king” who creates spectacles around accomplishments of varying substance, which might even seem quite mundane if portrayed differently. The juggernaut that Bezos actually built is considerably more impressive, ironically, but he was smart enough to make it seem as boring and invisible as possible. How many people have a lucid mental image of what a fulfillment center looks like?